Below is a selection of some specific topics on which I do research; a full list of my papers can be found here. 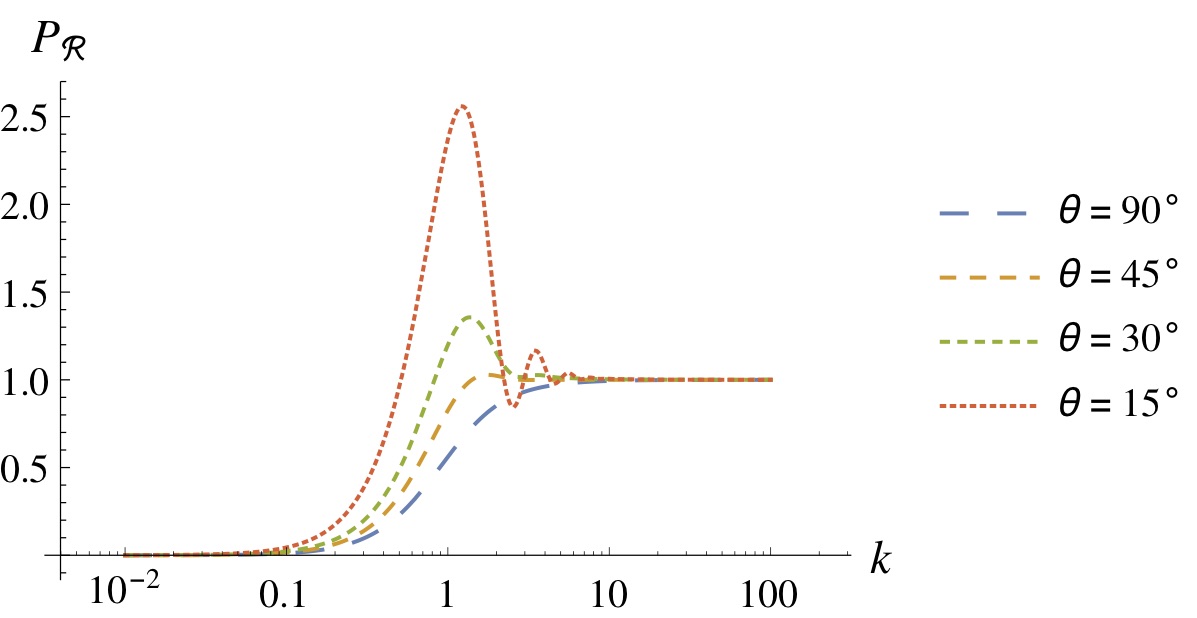 The power spectrum of primordial density perturbations, in a universe which tunnelled from one with fewer dimensions, for wavevectors with different angles relative to the 'new' dimension; from 1506.07100

Inflation is a period of exponentially rapid expansion which we believe happened in the early universe, sowing the primordial perturbations which we can observe as temperature anisotropies in the cosmic microwave background and which eventually grew into stars and galaxies. I have studied various models of inflation, as well as how fine-tuned its quantum initial state must be.

Tunnelling in the Multiverse

Many theories—including string theory—seem to predict many universes, with the possibility of quantum tunnelling transitions betwen them. These events, which generally proceed via bubble nucleation, would offer an observational window on the multiverse, and I have studied the consequences of transitions which change the effective number of spatial dimensions, as well as investigated the possibility of bubbles acting as seeds for further nucleations. 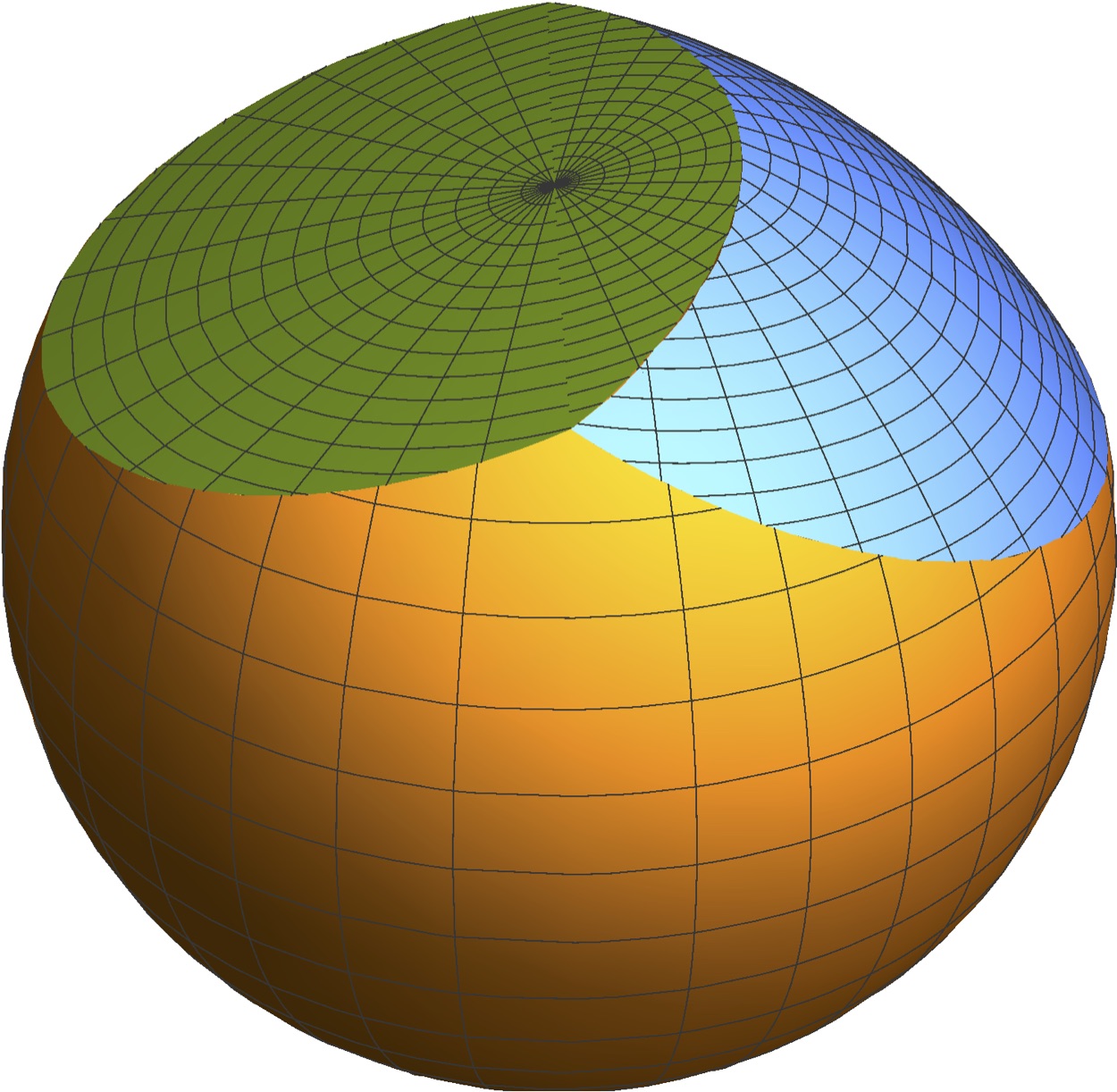 A gravitational instanton describing a 'barnacle' nucleation; orange is the highest eneregy vacuum, blue the intermediate, and green the lowest; from 1705.09010 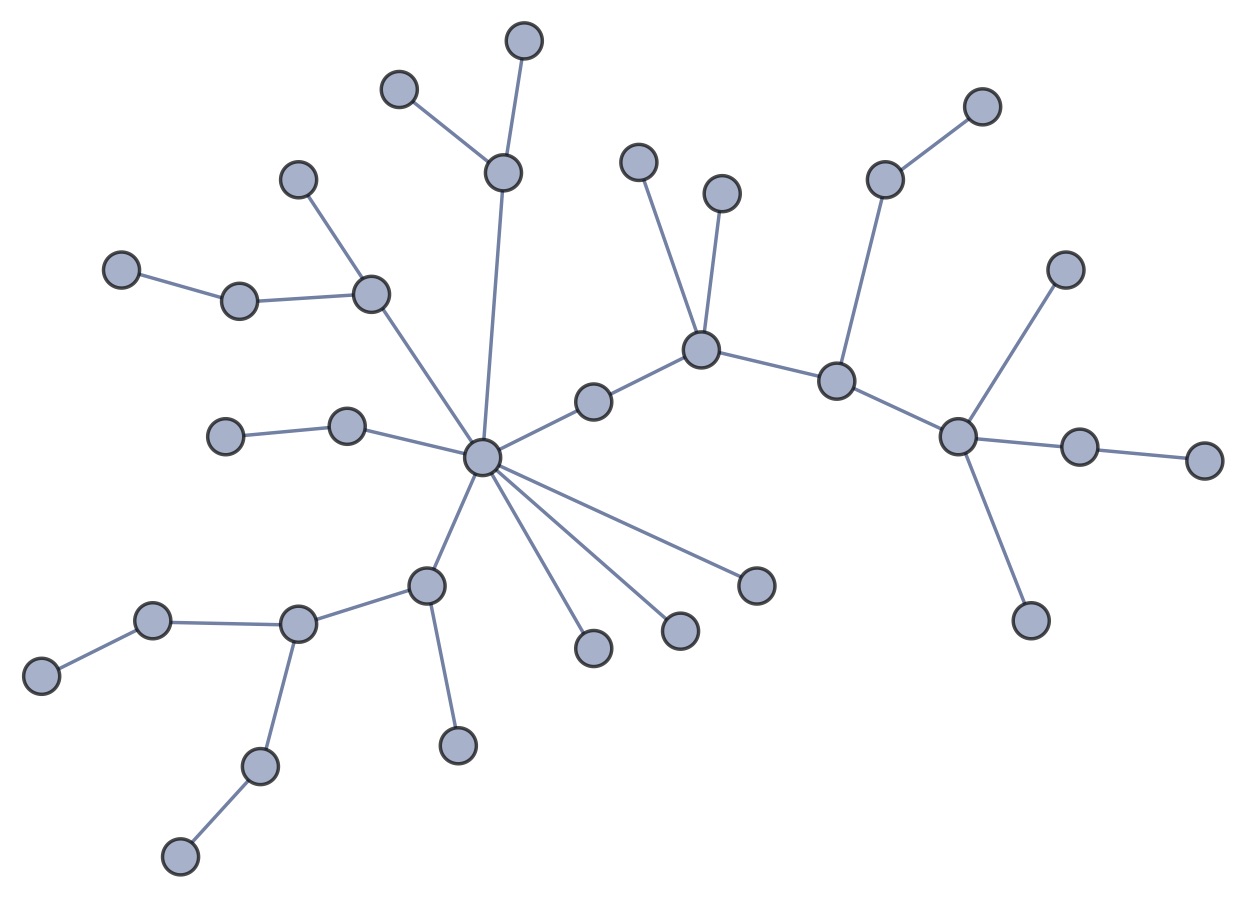 A graph representing a multi-gravity theory; vertices represent different metrics and edges represent interaction terms in the Lagrangian. The cutoff of the theory can be bounded by expressions involving the diameter of the graph and the number of vertices; see 1511.02877

Although Einstein's general theory of relativity is the most experimentally succesful theory of gravity we possess, we know it must be altered at high energies, and there are also reasons why one may want to do so at large, cosmological distance scales. For my D.Phil. thesis I studied theoretical aspects of multi-gravity, a theory in which there are multiple, interacting copies of general relativity.